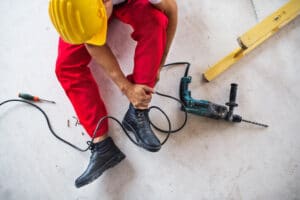 If you’re out of work because you got hurt on the job, Florida Workers’ Comp is supposed to help with the bills. It’s a no-fault insurance program meant to ease money problems caused by missed paychecks and medical expenses resulting from work-related injuries. But the system makes it hard for people to get the benefits they deserve. A lot of people need help filing their claims.

The Orlando Workers’ Compensation lawyers at Martinez Manglardi PA can make your life easier. You can get a free consultation with an experienced attorney who can evaluate your claim to determine your rights to financial compensation. If you’ve been seriously injured on the job, don’t take chances with your claim. Call 407-846-2240 and talk to a Martinez Manglardi PA Orlando Workers Comp Attorney. We will review your claim at no charge.

Do I Need an Orlando Workers’ Comp Attorney?

Filing a Workers’ Comp claim on your own “can be a tedious and frustrating process,” and it’s wise to seek help. Filling out complicated forms is hard – especially if you’re injured and out of work. Insurance companies make it difficult because they make more money by denying claims instead of paying benefits. In fact, insurance companies initially deny nearly half of Workers’ Comp claims. You have to file the right forms in the right way – and do it before the deadline.

An experienced and aggressive Workers’ Comp attorney knows the laws and the rules and understands the games that the insurance companies play. They might try to deny your claim by saying that your injury was not related to work. They might refuse to cover drugs or therapies prescribed by the only doctor whom they authorized to treat you. They will almost certainly try to minimize any benefits to which you are legally entitled.

Because of all the development that goes on in Central Florida, and the dangerous nature of construction work, Workers’ Compensation claims are common in the building and construction trades. Naturally, construction companies discourage Workers’ Comp claims because it raises their insurance rates.

For example, the contractors building Central Florida’s I-4 Ultimate Project see many work-related accidents and injuries. One construction company worker charged that they fired her in retaliation for filing a Worker’s Comp claim. That’s another reason to have an attorney represent you as soon as you start thinking about filing a work-related injury claim.

Why Would a Workers’ Comp Claim be Denied?

The state is increasingly denying Workers’ Comp claims. Without a Workers’ Comp attorney, the chances that your claim will be denied is much higher. If your claim is approved, your benefits or settlement will likely be lower without an experienced and aggressive Worker’s Comp lawyer fighting for your rights.

The system is rigged against you. For instance, if you’re injured at work, your boss or their insurance company gets to pick which doctor you can see. And they aren’t always looking after your best interests. Recently, for example, an insurance company doctor decided that an injured worker in Lakeland was fit to return to work—without having performed recommended medical tests.

How Much is Workers’ Comp Pay?

If you’re unable to work because you got hurt on the job, your Workers’ Comp benefit is two-thirds of your regular salary. You can check your estimated benefit on Florida’s Temporary Total Disability Benefit Calculator.

How do Workers’ Compensation Attorneys get Paid?

A lawyer generally gets paid a percentage of the settlement that you win. If a lawyer is successful in obtaining wrongfully denied benefits, the employer pays attorney fees. Lawyers will pay expenses for your case and may ask for a reimbursement. If you don’t receive benefits, there is no fee. Make sure that you fully understand the financial arrangements you make with your Workers’ Comp lawyer. Learn as much as you can, and ask plenty of questions.

Is it Worth Getting a Workers’ Comp Attorney?

Workers who hired an attorney received an average 30% increase in benefits over those who did not. “Even when factoring in the attorney’s fees, it appears they ended up pocketing a larger sum than if they hadn’t hired a lawyer,” the report noted. “Of those who eventually received a settlement or award, workers with disputed permanent disability ratings received an average nearly a 600% increase in benefits.”

If a work-related accident or injury has left you without a paycheck while medical bills are piling up, don’t take chances with your claim. There’s an awful lot to know before you even file. An Orlando Workers’ Comp Attorney at Martinez Manglardi PA can help maximize your benefits. If you have questions about filing a Workers’ Comp claim in Central Florida, contact a Martinez Manglardi PA Orlando Workers’ Comp attorney at a location near you. Benefit from experience. Call 407-846-2240 for a free consultation. Convenient locations throughout Central Florida.