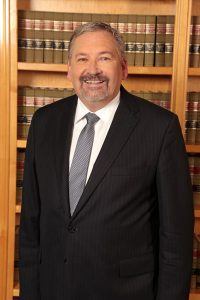 Brian Lamb joined the firm in 2010 after spending many years defending medical professionals in medical malpractice lawsuits. He concentrates his practice in the areas of medical malpractice, nursing home abuse, wrongful death and personal injury litigation.

A Georgia native, Mr. Lamb received his Bachelor Degree in Business Administration in 1979 from Augusta State University. In 1983 he graduated with distinction from Georgia Southern University, earning a Master in Public Administration. Mr. Lamb’s education continued at Valencia Community College where he obtained an Associate in Science Degree, Registered Nurse. He then went on to the University of Florida School of Law, where he earned his Juris Doctorate degree. While in law school Mr. Lamb graded onto the University of Florida Law Review and received the book award for having the highest grade in his class in torts (2000) and family law (2001). He ultimately graduated magna cum laude in 2003. In 2004 he was inducted into the Order of the Coif, a distinction bestowed upon students in the top ten percent of graduates from the top fifty law schools across the nation.

As a former nurse and a former defense attorney Mr. Lamb brings a unique perspective to the representation of persons injured by the negligence of medical professionals. He not only understands the complicated medical aspects of these cases, but also has a detailed understanding of how the insurance carriers will defend them. Mr. Lamb has extensive trial experience and will aggressively pursue medical negligence litigation with an understanding of both the medical and legal aspects of each case.