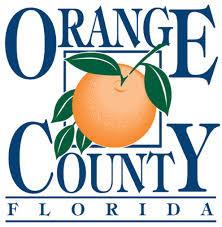 Orange County is one of the biggest tourist destinations in the country, with more than 1.3 million residents living in 13 towns and cities spread across 1,000 square miles in the heart of Central Florida. Along with the bustling tourism, hospitality and entertainment sectors, hi-tech and medical research industries provide healthy economic growth.

Orlando, the largest city and county seat, is home to the 2nd largest university in the country, the University of Central Florida (UCF) with over 58,000 students. UCFs Health Sciences program is among the high-profile medical education and research centers in Lake Nona Medical City, along with Nemours Children’s Hospital, the M.D. Anderson Cancer Research Institute and the University of Florida Academic and Research Center.

Some of the most popular theme parks in the world operate in Orange County. With more than 70,000 “Cast Members” Walt Disney World is the largest single-site employer in the United States. Universal Studios and Sea World are leading employers in the region as well. The concentration of tourist attractions makes the city a popular venue for conventions. The Orange County Convention Center hosts hundreds of conventions and trade shows, attracting nearly 1.5 million visitors every year.

Orange County was originally part of what was once known as Mosquito County. It made up a large section of Central Florida in the 1800’s. When Florida joined the union in 1845, Orange County renamed itself and shed various sections that formed surrounding counties like Osceola, Seminole, Lake, and Volusia. The area was the center of Florida’s citrus industry until the major freezes of the late 1890’s moved orange growers further south. Cattle and cotton then became were the main businesses. The area began the change to one of the world’s premier tourist destinations when Disney came to town in 1971.

Orange County is also home to flagship office of premier Central Florida law firm Martinez Manglardi. The firm has been fighting for Orlando families for nearly 30 years. Call for a free consultation: 407-846-2240.