Danger of Pedestrian Accident: Hit by a Car 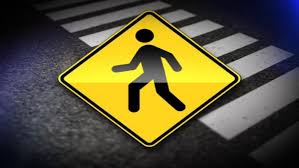 While overcrowding and I-4 construction can take credit for the high number of car crashes, design change is likely to result in a pedestrian accident. Central Florida’s transportation focuses on getting motor vehicles from one place to another fast. They designed roads for cars, not people.  Recent cases of pedestrians getting hit by a car have renewed calls for safety. As distracted driving increases, pedestrian accident prevention advocates are also concerned about school children getting hit by a car in crosswalks.

As a recent story in Curbed.com reports, state and local governments are working to address the problem. For example, the city hired a new, progressive transportation director and supports a rise in the sales tax to improve pedestrian safety in the Orlando area.

How to Avoid a Pedestrian Accident

According to a report from National Complete Streets Coalition and Smart Growth America six of the 10 most dangerous cities for pedestrians are in Florida.  The report ranks cities on a formula called a Pedestrian Danger Index (PDI). Basically, the index analyzes the number of people who walk to work relative to a city’s population along with the number of pedestrian deaths. The Orlando area, including Kississimee, with a score of 313, has the highest PDI in the country.

Alert Today Florida is focusing on the risks of driving and walking at night. Poor lighting on many roads spells danger for pedestrians and cyclists because many drivers just aren’t able to see very well.

“Visibility at night can be challenging for drivers,” the according to an ad in the group’s latest safety campaign. “And their failure to see pedestrians is often fatal.” Experts say that 75% of pedestrian fatalities occur at night. After a car accident involving someone walking or riding a bicycle, many drivers say they didn’t see the victim.”

As a result, the number of pedestrian and bike fatalities at night has increased by almost 50% in recent years. Darkness was a factor in pedestrian accidents, according to a National Highway Traffic Safety Administration (NHTSA) study. In a statement to Governing Magazine, Trenda McPherson, manager of Florida’s pedestrian and bicycle safety program, said, “What we were seeing in the crash reports was that cars were just not seeing the pedestrian or the bicyclist.”

Of course, negligence and carelessness such as distracted driving cause many of these tragic accidents.

If you get hit by a car in Orlando, you may need help recovering losses and paying medical bills, you’ll want the best pedestrian accident attorney you can find. An experienced Orlando personal injury attorney knows the law and knows how to deal with insurance companies. Experience counts, so consider a top-rated pedestrian accident attorney team at Martinez Manglardi Personal Injury Law Firm. We’ve been winning settlements for Orlando accident victims for more than 30 years.

We review your case for free, and your Martinez Manglardi attorney works on a contingency fee. You pay nothing unless you win. For your free consultation, call 407-846-224 for an appointment at one of our convenient Central Florida locations.