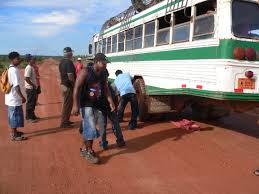 The recent filing involves a 2015 highway accident in California. A van owned by a labor contractor was driving farm workers to a job site when it flipped over. Six workers were thrown from the vehicle in the accident. Four of them died, including a 16-year-old girl.

A Labor Department investigation charged the contractor with transporting workers in an unsafe vehicle. They reported that the driver of the van was unlicensed and that none of the passengers was wearing a seat belt. In a similar accident last year, one laborer was killed and six were injured when a migrant worker van overturned after a tire blowout. Accident lawyers say that the driver of that van was also driving without a license, and that the vehicle itself had numerous safety violations which led to the accident.

Last year, the National Transportation Safety Board ruled that lax labor safety rules caused an accident that killed four people in Florida. In this case, a bus carrying agriculture laborers ran a red light and collided with a truck. The accident killed the truck driver and three passengers on the bus. Twenty-nine bus passengers were injured in the crash. The passengers were migrant farm laborers from Haiti.

A recent Associated Press investigation revealed the depths of the seasonal worker transportation accident problem and its Florida connection. The story counted more than a dozen such highway accidents between 2015 and 2017. All in all, those accidents killed 38 people and injured nearly 200. The article featured a young man from Mexico who came to the US on the H-2A guest worker visa program.

His name was Jose Chavez and came to America to do farm labor so he could help his family in Mexico. He worked for a citrus contractor in Lake Placid, Florida, and regularly sent money home to his parents. After working the citrus groves, he headed north to Michigan with 18 other guest workers to pick fall crops. On the way back to Mexico, the motor coach they were riding in slammed into a bridge support. The accident killed Chavez and five others, and seriously injured seven more people.

And, as before, investigators and accident lawyers uncovered a number of safety violations for the company’s vehicles.

The Associated Press says that guest worker bus and van accidents almost certainly cause more injury and deaths than authorities report.  There is no national database for highway collisions and crashes involving guest workers. “I think there’s more unregistered, improperly insured, unsafe transportation out there for farm workers than … 20 years ago,” Greg Schell, deputy director of Southern Migrant Legal Services told the AP.

A major problem for victims of these kinds of car accidents is that labor contractors are sometimes underinsured. Recovering personal injury losses like medical expenses and lost wages from car accidents can be difficult. Wrongful death lawsuits would also be challenging. That’s why it’s important to get the best car accident lawyer you can.

The Orlando car accident attorneys at Martinez Manglardi have been fighting and winning personal injury accident lawsuits in Central Florida for more than 30 years. If negligence has caused a loss in your life or damage to your health and livelihood, contact us. We have offices throughout Central Florida. Call 407-846-2240 for a free consultation.