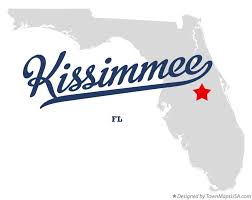 In 1881, a developer from Philadelphia named Hamilton Disston made real estate history by buying up more acreage in a single swoop than anyone else – ever. With his purchase of 4 million acres of prime Florida swampland, Disston became the largest single holder of private property in America. His plan was to drain it for development and straighten out the meandering rivers for steamship navigation.

Meanwhile, on the shores of Lake Tohopekaliga, J. H. Allen was watching his little trading post grow into a community. Allen had been an Army officer on the losing side in the Civil War. He had gone about as far south as you could go in those days to start over. Allen became a riverboat captain. He transported goods and supplies along the many waterways in the area. By 1883, the population of Allendale had soared. In fact, there were now 36 eligible voters in the town, and they voted 33 to 3 incorporate as the City of Kissimmee.

Start of Something Big

Disston’s investment fueled a fantastic building boom in Florida. Commerce and tourism thrived. Towns began to grow. Kissimmee became the jumping off point for speculators and developers. Accordingly, cities like Gulfport and Tarpon Springs sprang up and flourished. Henry Flager and Henry Plant built dueling railroads down the coasts. Eventually, the beginnings of modern Florida were born.

Along the way, the area survived several economic downturns. As often happens, the land speculation bubble eventually burst, and back-to-back freezes devastated the once-thriving citrus industry. As it happens, with the advent of Disneyworld, Kissimmee became a center of tourism. Today, Kissimmee is the Osceola County

seat, with a population of 70,000. Lake Tohopekaliga is nicknamed Lake Toho.

And in downtown Kissimmee at 903 North Main Street, you’ll find an office for Martinez Manglardi, a premier Florida personal injury law firm. Should you need help with an injury claim if you live in Kissimmee, call Martinez Manglardi for ethical, aggressive representation. Call 407-846-2240 for a free consultation.